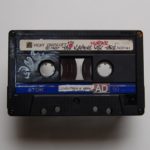 A brilliantly crafted Disco Mix Club remix by Dakeyne. Radio Duck, London’s all oldies pirate station played this remix during a test tranmission in 1986. You can get the history of Radio Duck at www.richcolour.com/radioduck) Thanks Tim Allen, Stuart Price, John Silver et al, thanks to the BBC engineer who built their no-budget equipment that sent their VHF signal London wide and beyond. First up on the player is the mono Duck broadcast, followed by a better quality stereo recording sent into this site by Marky DMC. Nice one, Marky! Also check out a bonus clip as Tim Allen talks about recent DTI raids (i.e. they found the tree).