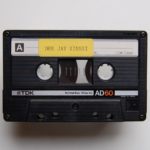 Here’s some internet at its most raw and filthy. Three mixes here, one taped from Richie Rich’s Kiss 94 Home Beat Hip Hop show.  Tim Westwood broadcast the others on LWR. Be prepared for the awful recording quality. Peter Missingham got in touch from Auckland NZ saying that he had these on a tape bought from Camden Market. Remember looking through those brightly coloured mixtapes on a rainy Sunday morning? Peter reported back with a title: “Live studio tape of the Tuff Brothers, New York City Breakers (DJs) – 90 Minutes of cutting & scratching – recorded 12.1.87”. Nice one Peter. So best guess is RR and TW bought the same tape from Camden! The scratching style sounds a lot like Coldcut, could it be Matt Black and Jonathan More under another name? Tracks include Chuck Brown and the Soul Searchers We Need Money Incredible Bongo Band Apache Sly and the Family Stone Lets Dance and some Cheech and Chong Let’s Make a Dope Deal samples. Thank you very much.

“Exclusive and explosive… the hardcore selection hold tight… For the brothers with the fat shoe laces.” – Tim Westwood.